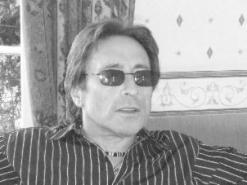 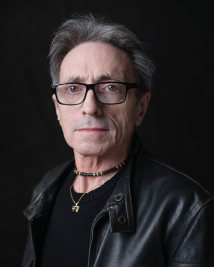 Playwright Russell Raintree was born in Leeds, Yorkshire. He began writing in 1985 and after sending his first play 'Stranger On A First Night' to the BBC, Russell was invited to London by Tony Dinner, Head of the BBC Scripts Department, who strongly encouraged him to 'Get The Play Staged' and take up writing as a full time career. This sentiment was echoed shortly afterwards by London Literary Agents Margaret 'Peggy' Ramsay & Rod Hall.

After reading this play, Rod Hall, then at A.P. Watt Ltd telephoned Russell and invited him to London where  Rod offered him immediate representation! Unfortunately, due to some personal indifferences and much to his regret, Russell was unable to take up Rod's offer of representation.!

After the successful Premiere of his most recent play 'The Puppet Man' at The Carriageworks Leeds in November 2008, Russell would  ideally love to take it on Tour locally around Yorkshire then to the North East and eventually London's West End.

Russell has also written several more stage plays and a musical, all yet to be performed and  has recently completed  a 6-8 part Film/TV drama series, entitled 'The Candle Still Burns'.  which Russell strongly believes would  be suitable for Netflix or one of the multitude of other Television/Film/ and Streaming channels currently springing up!

This powerful, moving, sexually charged, semi-biographical drama, is set in the 90's but carries a great flavour of the 60's. It is essentially a bitter sweet love story and like all Russell's work, it treads that very fine line between tragedy and comedy. Only this time, with violence, deceipt, heartbreak and retribution, in equally measured doses!

Russell has never had an agent but is now looking for a Literary Agent to represent him and help market his Drama Series.  If you are interested please do get in touch, Russell would love to hear from you! 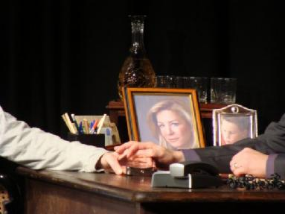